An exhibition about identity 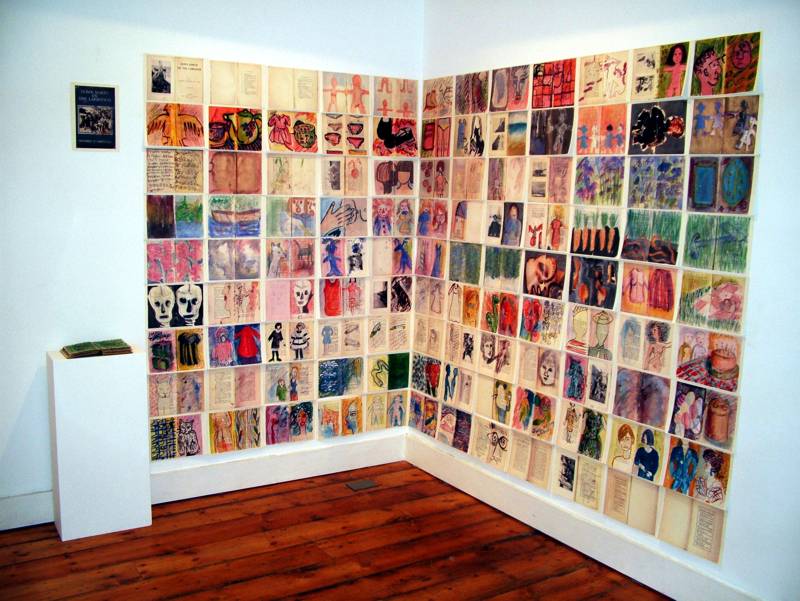 The series, parallel narratives, grew out of found books and incorporating images that kept up their own narrative in contrast to the spoken word and the narrative of the text. In the books, Marian & Dorothy, and Down North on The Labrador, the feminine voice as drawn in imagery is used in contrast to that of the text. In the first book it speaks through collage and mixed media images about women's lived lives a hundred years after the published text.

Where as the second book, North has a singular voice contrasting with that of the masculine narrative. In this book a medical missionary who has gone out to the colony of Labrador in Canada to practise tells his stories but which visual narratives have been added onto. Because of the particular narrative nature of the story, dealing colonisation and imperialism North took on powerful and poignant issues of identity. The autobiographical imagery about a more contemporary experience contrasted against uniquely against that of the masculine son of the Empire from the turn of the century.

Drawing is a perfect means of working with ideas and experimentation. It has immediacy not just with the artist's eye but also with the mind and hand that controls it. However because of the fragile nature of the original work the use of scanning in conjunction with digital printing has produced a means of it accessing it by printing onto hand made paper. 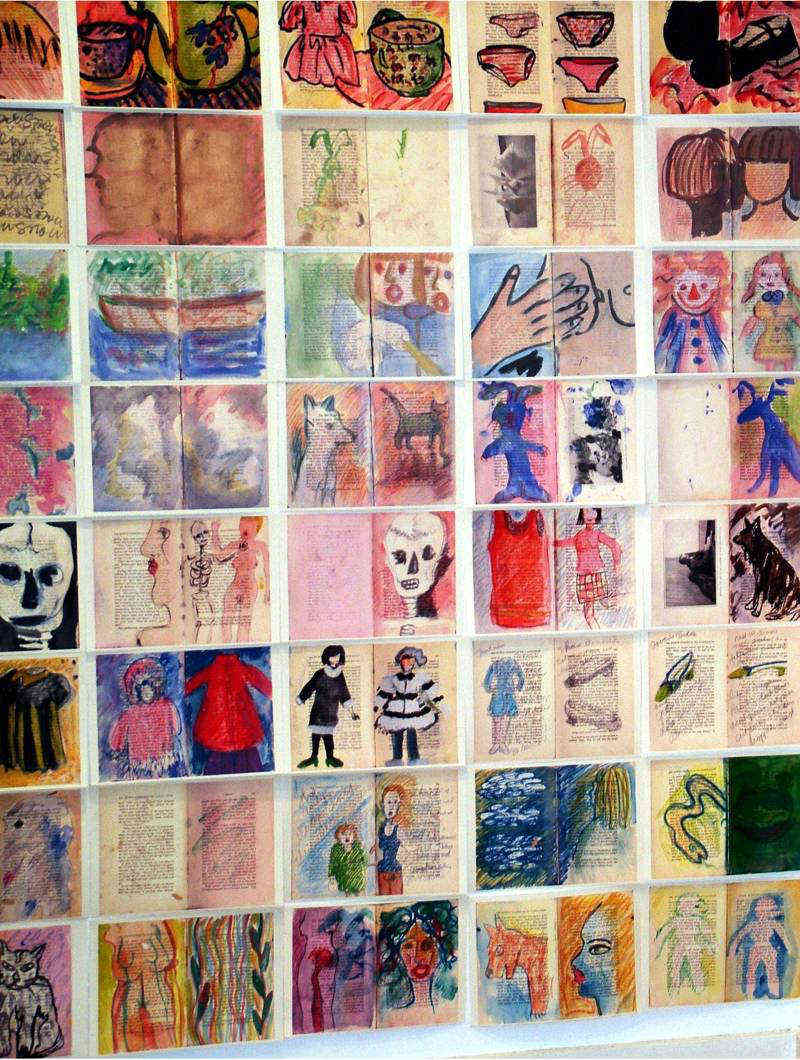