An investigation in drawings and oil sketches

The series of land and sky oil sketches are about the fragmentation of the landscape.

It is an investigation of the natural world around us as sight bites, caught in glimpses, seen in passing.

As over industrialised digital aware citizens of a fast moving modern society we dismiss the natural world to digestible pieces that fit in and around urbanized life.

The beauty and power of the sky and land are too easily dismissed with our eyes cast down towards our immediate and over powering everyday world.

When the fury and unpredictable natural world does intrude we once more are brought back to the realisation that "the other" is the planet upon which we are dependent. 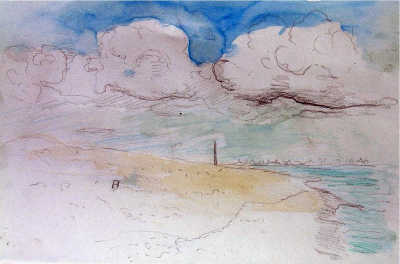 Two separate events prompted me to pursue oil sketching. Firstly I came across the genre in an exhibition at the National Gallery in London many years ago and was taken with its immediacy and vitality as a means of working. It was a popular genre of recording imagery by Victorians on the grand tour of Europe. The exhibition displayed many of these sketches by such people who were not considered to be professional but who evidently pursued the medium with great enjoyment and not any les talent.

Then there was Constable's oil sketches of his sky studies can be found at the Victoria and Albert Museum in London. They have a freshness and quickness of line and execution that sometimes gets lost in more 'finished' works of art. Both of these separate experiences I stored in the back of my mind for future use.

It was not until years later that decided to pursue the medium on my travels in Canada and other sketching excursions to the English coast. The images on these pages are but a small selection and will be updated regularly. They are accompanied by pencil sketches s done at the same times.

The oil sketches have been done deliberately on un-stretched pieces of linen and canvass to re-enforce the notion of sketches that have been torn out of larger sketchbooks. For exhibitions presentation they are placed in boxed frames so as not to hide the raw edges. The same goes for the writing on some of the oils sketches. As in all my sketchbooks verbal observations and note taking is an integral part of the visual research and investigation as such I have incorporated them into the oil sketches. They often are not descriptive but rather parts of conversations or thoughts that have randomly synchronised themselves during the process of visual recording. 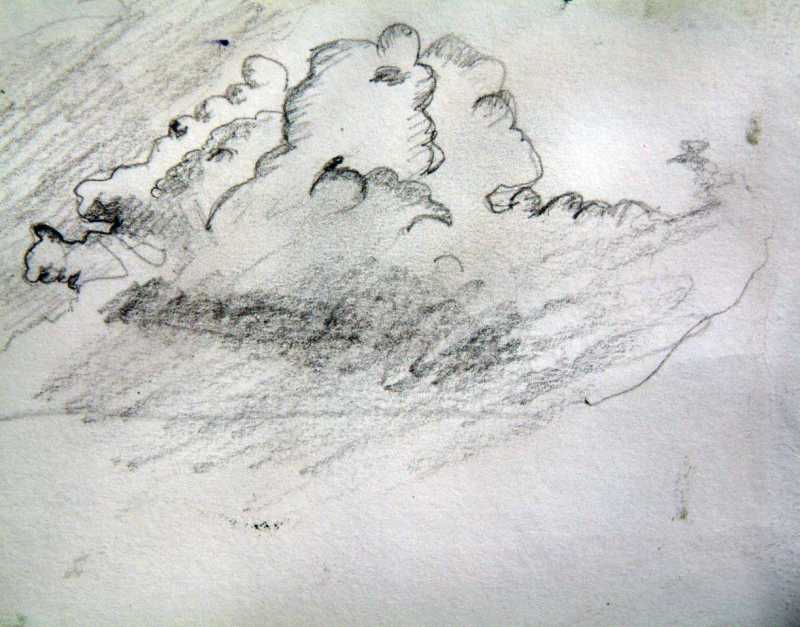